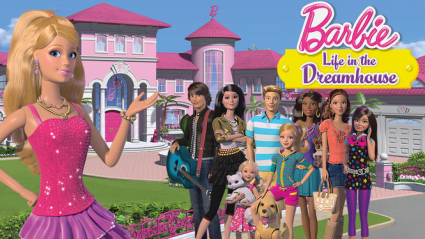 Description: Debuting in 2012 as a series of online shorts (now available on Netflix as well), Barbie: Life in the Dreamhouse is set in a fictional version of Malibu, California where all inhabitants are dolls from the Barbie line (including Barbie and her sisters, Skipper, Stacie, and Chelsea).  The series revolves around the day-to-day life of Barbie, her friends and family, her boyfriend Ken, and her frenemy Raquelle and is styled as a pseudo-reality show where characters are interviewed in ‘confessionals’ between scenes.  There is a healthy dose of self-conscious humor that relies on the unique doll-like nature of the characters. 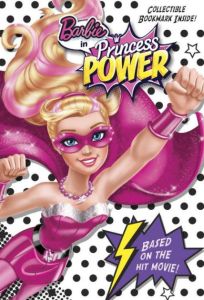 Description:  This series, which ties into the movie-length Barbie specials, includes: Barbie in Rock ‘n Royals, Barbie in Princess Power, Barbie and Her Sisters in a Puppy Chase, Barbie and the Secret Door, Barbie Spy Squad, Barbie, the Pearl Princess, Barbie in the Pink Shoes, and Barbie Mariposa and the Fairy Princess.

Crossover Appeal: Perfect for the older crowd who would be watching and enjoying Life in the Dreamhouse and who have grown out of the Barbie line of easy readers.

Description: Based on the popular YouTube series and product line, these all-ages graphic novels are well written, heartwarming, and hilarious.  Series includes:  Finals Crisis, Hits and Myths, Summer Olympus, Past Times at Super Hero High, Date with Disaster, Out of the Bottle, and Search For Atlantis.

Crossover Appeal: Illustrations are in a similarly colorful, computer-graphic style as the show and the narratives feature the same sort of  light-hearted humor.  There is also a corresponding website for the franchise with activities and games — as there is for Life in the Dreamhouse — for readers who want to further immerse themselves in the world.

Amazon’s Description: “On her birthday, as Kiki Kittie is making her wish, a pile of fashion magazines tumble on her head and voila! Fashion Kitty is born. As such, she helps other kittens with their wardrobe dilemmas and with their interactions with their peers.”

Crossover Appeal: An undeniable charm of any of Barbie’s media incarnations is her exceptional sense of style, so viewers who live for the many costume changes on Life in the Dreamhouse will love this series, which includes paper doll patterns at the end that can be scanned and printed from library copies (or cut out by patrons who purchase their own set of the books). 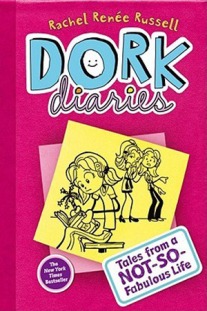 Amazon’s Description: “Meet Nikki Maxwell! She’s starting eighth grade at a new school—and her very first diary packed with hilarious stories and art . . . New school. New mean girl. New crush. New diary so (she) can spill about all of it…”

Crossover Appeal: Barbie’s day-to-day life is filled with its very own mix of fabulous and ‘not-so-fabulous’ moments, as she struggles with the plots and pranks of her frenemy Raquelle and the ups and downs of life as a big sister, friend, and girlfriend.  Life in the Dreamhouse viewers will like Dork Diaries for its witty explorations of these many types of relationships girls experience.