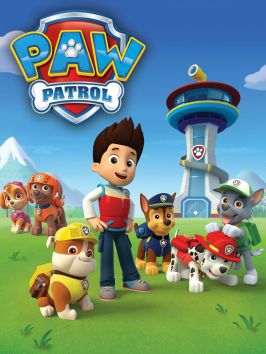 Wikipedia’s Description: A group of six rescue dogs, led by a tech-savvy boy named Ryder, has adventures in “PAW Patrol.” The heroic pups, who believe “no job is too big, no pup is too small,” work together to protect the community. Among the members of the group are fire-dog Marshall, police pup Chase, and fearless Skye. All of the animals have special skills, gadgets and vehicles that help them on their rescue missions. Whether rescuing a kitten or saving a train from a rockslide, the PAW Patrol is always up for the challenge while also making sure there’s time for a game or a laugh. 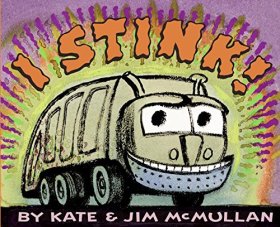 Crossover Appeal:  Paw Patrol watchers who most revel in the many varied vehicles that appear in the show and the purposes they serve will take easily to this series, which is designed around explaining (through humor and a high-energy character voice) the pieces and parts of each vehicle and how it does its job.

Crossover Appeal:  For fans of Paw Patrol who mainly enjoy the cute factor of the show’s pups and their often slapstick, comedic misadventures, the famed Clifford series is a perfect fit.

It involves a scared giraffe in a sinking mudhole, some hungry hyenas, and dance moves that sneak up on you.

Will Newbie have what it takes? The right stuff? Can she handle the truth?

Crossover Appeal:  With both the cute, talking animals and the forward momentum of a plot that revolves around a search and rescue mission that appeals to Paw Patrol viewers, Rescue Bunnies is a natural pairing to the show.

Sharon Katz Cooper’s “Whose Is It?  Community Workers” series

Amazon’s Description:  The books in this series (which also include Whose Tools Are These?, Whose Vehicle Is This?, Whose Shoes Are These?, Whose Gloves Are These?, and Whose Coat Is This?) provides “a great introduction to some important jobs in the community in the form of an occupational guessing game.”

Crossover Appeal:  With viewers for whom the appeal of Paw Patrol is the specialized accoutrements for each pup’s work, this series is an easy and accessible introduction to non-fiction books for the age group, with a question-and-answer format that makes for a great, interactive read-a-loud.