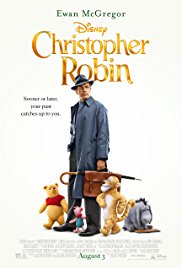 Description:  Christopher Robin — now a family man living in London — receives a surprise visit from his old childhood pal, Winnie-the-Pooh. With Christopher’s help, Pooh embarks on a journey to find his friends — Tigger, Eeyore, Owl, Piglet, Rabbit, Kanga and Roo. Once reunited, the lovable bear and the gang travel to the big city to help Christopher rediscover the joy of life.

Amazon’s Description:  Paddington Bear had just traveled all the way from Peru when the Brown family first met him at Paddington Station. Since then, their lives have never been quite the same . . . for ordinary things become extraordinary when Paddington is involved.

Crossover Appeal: Much like Christopher Robin’s beloved Pooh Bear, Paddington is a charming, bumbling bear who goes on many quiet adventures. Both share the same idyllic British setting, and family-centric antics and adventures, with an overall gentle tone sure to delight and charm readers. 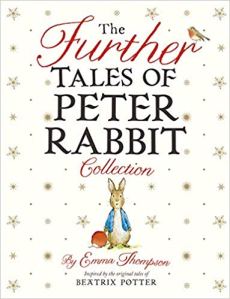 Crossover Appeal:Peter’s new adventures romping around the Scottish countryside are a good companion to Pooh’s adventures in London with Christopher Robin. The overall tone of the stories is one of charm and gentle humor, giving the classic character both a modern, yet timeless, twist. 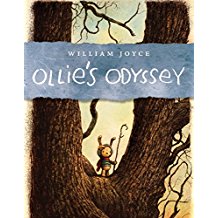 Amazon’s Description:  In the secret realm of toys, there are many mysteries. There is the Code of the Toys, which is as ancient as childhood. There’s also the magic of becoming a child’s favorite, the highest honor in the Toy World. Made by hand by Billy’s mother, Ollie is a special toy, “a toy who will matter.” He becomes Billy’s best friend, confidant, pal, and yes, Billy’s “favorite.” But there are villains in the Toy World, and Zozo, the clown king, is the most feared. He and his toy henchman (the Creeps) have sworn to steal and imprison favorite toys until they forget their children and become forever lost. When Ollie is toynapped, Billy must rescue his beloved favorite from Zozo’s subterranean lair in the old Carnival Place, past the park, through the woods, and into the night. Never has a journey of ten blocks been more epic.

Crossover Appeal: Ollie and Billie’s adventures together are a modern mirror to Christopher Robin and Pooh’s journeys. Filled, too, with charming illustrations, the book easily mirrors the overall feel of the Christopher Robin movie. Additionally, this book lends itself well to being a family readalike. 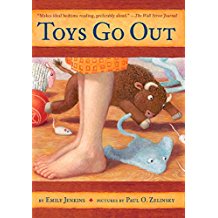 Toys Go Out: Being the Adventures of a Knowledgeable Stingray, a Toughy Little Buffalo, and Someone Called Plastic by  Emily Jenkins

In these six linked stories from Emily Jenkins, and illustrated by Caldecott Medal winner Paul O. Zelinsky, readers will meet three extraordinary friends. Lumphy is a stuffed buffalo. StingRay is a stuffed stingray. And Plastic… well, Plastic isn’t quite sure what she is. They all belong to the Little Girl who lives on the high bed with the fluffy pillows. A very nice person to belong to.

Together is best for these three best friends. Together they look things up in the dictionary, explore the basement, and argue about the meaning of life. And together they face dogs, school, television commercials, the vastness of the sea, and the terrifying bigness of the washing machine.

Crossover Appeal:  The characters of Lumphy, StingRay, and Plastic are modern cousins to Pooh and friends. Their adventures exploring our everyday world are charming and funny, and filled with the quiet wisdom that is also seen in the movie Christopher Robin. 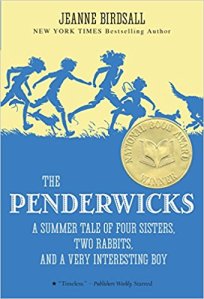 The Penderwicks: A Summer Tale of Four Sisters, Two Rabbits, and a Very Interesting Boy by Jeanne Birdsall

Amazon ‘s Description:  This summer the Penderwick sisters have a wonderful surprise: a holiday on the grounds of a beautiful estate called Arundel. Soon they are busy discovering the summertime magic of Arundel’s sprawling gardens, treasure-filled attic, tame rabbits, and the cook who makes the best gingerbread in Massachusetts. But the best discovery of all is Jeffrey Tifton, son of Arundel’s owner, who quickly proves to be the perfect companion for their adventures. The icy-hearted Mrs. Tifton is not as pleased with the Penderwicks as Jeffrey is, though, and warns the new friends to stay out of trouble. Which, of course, they will—won’t they? One thing’s for sure: it will be a summer the Penderwicks will never forget. Deliciously nostalgic and quaintly witty, this is a story as breezy and carefree as a summer day.

Crossover Appeal: Filled with nostalgic charm, The Penderwicks is a charming story, filled with imaginative adventures akin to what can be found in the Hundred Acre Woods. The theme of family and friendship is strong throughout the story, and the tone overall is one of whimsical adventure.