Amazon’s Description: Tommy and his sister Annika have a new neighbor, and her name is Pippi Longstocking. She has crazy red pigtails, no parents to tell her what to do, a horse that lives on her porch, and a pet monkey named Mr. Nilsson. Whether Pippi’s scrubbing her floors, doing arithmetic, or stirring things up at a fancy tea party, her flair for the outrageous always seems to lead to another adventure.
Crossover Appeal: Pippi Longstocking is an adventurous young girl who gets into mischief. 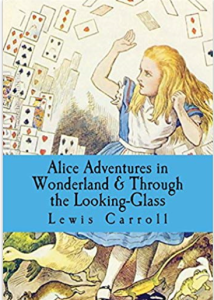 Amazon’s Description: In 1862 Charles Lutwidge Dodgson, a shy Oxford mathematician with a stammer, created a story about a little girl tumbling down a rabbit hole. Thus began the immortal adventures of Alice, perhaps the most popular heroine in English literature. Countless scholars have tried to define the charm of the Alice books–with those wonderfully eccentric characters the Queen of Hearts, Tweedledum, and Tweedledee, the Cheshire Cat, Mock Turtle, the Mad Hatter et al.–by proclaiming that they really comprise a satire on language, a political allegory, a parody of Victorian children’s literature, even a reflection of contemporary ecclesiastical history. Perhaps, as Dodgson might have said, Alice is no more than a dream, a fairy tale about the trials and tribulations of growing up–or down, or all turned round–as seen through the expert eyes of a child.
Crossover Appeal: Fantasy and Adventure, Dreams, Imagination

BOB by Wendy Mass and Rebecca Stead
Amazon’s Description: It’s been five years since Livy and her family have visited Livy’s grandmother in Australia. Now that she’s back, Livy has the feeling she’s forgotten something really, really important about Gran’s house. It turns out she’s right.
Crossover Appeal: Fantasy, Friendship and Family 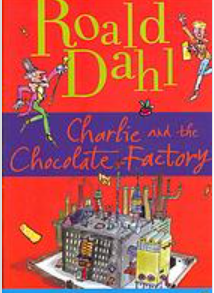 Charlie and the Chocolate Factory by Roald Dahl

Worldcat Description: Each of five children lucky enough to discover an entry ticket into Mr. Willy Wonka’s mysterious chocolate factory takes advantage of the situation in his own way.

The Borrowers by Mary Norton and Diana L. Stanley

WorldCat ‘s Description: Tale of little people who live under the floor and “borrow” things for their own use.

Crossover Appeal: Adventure and fantasy a perfect book for the young grade schooler.