Movie:  Dora and the Lost City of Gold

Description:  Having spent most of her life exploring the jungle, nothing could prepare Dora for her most dangerous adventure yet — high school. Accompanied by a ragtag group of teens and Boots the monkey, Dora embarks on a quest to save her parents while trying to solve the seemingly impossible mystery behind a lost Incan civilization.

Readalikes for Middleschoolers and up

WorldCat’s Description:  “Two middle-grade kids take a shortcut home from school and discover what looks like fuzzy mud but is actually a substance with the potential to wreak havoc on the entire world” 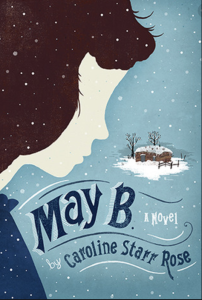 May B by Caroline Starr Rose

WorldCat’s Description: When a failed wheat crop nearly bankrupts the Betterly family, Pa pulls twelve-year-old May, who suffers from dyslexia, from school and hires her out to a couple new to the Kansas frontier.

WorldCat’s Description:  Visiting her grandmother in Australia, Livy, ten, is reminded of the promise she made five years before to Bob, a strange, green creature who cannot recall who or what he is.

WorldCat ‘s Description:  Mia Tang has a lot of secrets. Number 1: She lives in a motel, not a big house. Every day, while her immigrant parents clean the rooms, ten-year-old Mia manages the front desk of the Calivista Motel and tends to its guests. Number 2: Her parents hide immigrants. And if the mean motel owner, Mr. Yao, finds out they’ve been letting them stay in the empty rooms for free, the Tangs will be doomed.

Description:  As Bridge makes her way through seventh grade on Manhattan’s Upper West Side with her best friends, curvacious Em, crusader Tab, and a curious new friend–or more than friend–Sherm, she finds the answer she has been seeking since she barely survived an accident at age eight: “What is my purpose?”